Franchise ownership was once a rare thing only a handful of Americans pursued. These days it’s more popular than ever. It’s easy to see why – the freedom to own your own business without the same financial risks, or having to begin a reputation from scratch. These factors, combined with several others, have created the perfect recipe for blossoming franchise growth.

The biggest catalyst in the franchising industry is the industry, itself. The entire landscape of resales has changed dramatically in the past decades. Franchising has been growing and maturing, taking a lot of the guess work out for new owners. Existing franchisees are retiring and looking to pass on their opportunity (and knowledge) to someone else.

The digital age is another big factor. With instant communications and worldwide advertising, it’s easier than ever to spread the name and fame of your business. People are able to network extensively, cultivating success at a faster rate than ever before.

The state of the economy has helped fuel the franchise popularity, as well. Millions of people dream of owning their own business someday and making a successful name for themselves. Most of these individuals, however, are extremely limited when it comes to finding funds to start such a company. Franchises offer financing options, but they’re also built on an existing reputation and plan. You don’t have to worry about making the wrong decisions financially because the risks are, for the most part, already addressed.

Franchising has been on the rise and it shows no signs of slowing down. At Image One, we’re excited to see what the future holds in store for us and our business opportunities.

If for some reason you are not completely satisfied and we can’t resolve your concerns, we offer a return of up to 100% of one month’s fees. 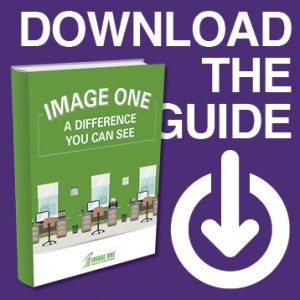