MEET THE TEAM AT IMAGE ONE®

For over 30 years, Image One® has been the trusted name in commercial cleaning services. We have in-depth knowledge, cutting-edge technology, and advanced methods to provide comprehensive services guaranteed to leave our customers satisfied.

If for some reason you are not completely satisfied and we can't resolve your concerns, we offer a return of up to 100% of one month's fees. 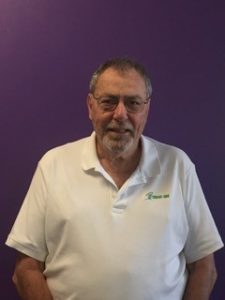 Mike spent over 45 years in the family recycling business, becoming president and CEO in 1980. Leading the company through growth with innovative ideas and hiring the right personnel to facilitate this growth. An emphasis on training and customer service was paramount in the retention of clients as well as gaining new clients through referrals from satisfied customers. Throughout the years, the company grew from a local dealer to a wholesale dealer that had customers from coast to coast. Customers included some of the world’s largest companies in this arena.

In 1998, Mike sold his company and retired, only to find himself missing the action that comes owning a company. While looking for something to do, he met the leaders of a national franchising company; it was at that time he bought the rights to the entire Chicago market. In 2001, he partnered with Tim Conn, who has been in business since the age of fourteen. Philosophically, Tim and Mike are cut from the same cloth. They strongly believe that training, innovation, customer service, and communication are the basis in which to grow a business.

After 10 years, the agreement with the national company expired and Mike and Tim saw it as an opportunity to do it their way. In January of 2011, they took the step to open Image One®and used the business principles that fueled their growth for all the years they were in separate businesses. Client retention in an industry fraught with turnover is a testament to the training and customer service to which their crews subscribe. Seeing the success their franchisees have achieved gives everyone in management a great sense of accomplishment and pride.

Mike enjoys spending more time with his children and his 7 grandchildren now that he has semi retired after almost 20 years of service to the Image One Brand. He and his wife Robyne spend their time in Florida.  You can generally find Mike on the golf course now that he is retired. 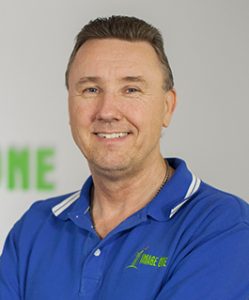 Steve Conn is a veteran of the cleaning industry with over 30 years of experience. As a teenage entrepreneur with his parents’ help, he started his own cleaning business at the age of 14. Learning best practices from the local suppliers and taking on tasks like stripping and refinishing floors as well as carpet cleaning, he made himself invaluable to meet the needs of his clients, so that they didn’t need several vendors.

After about 6 years in the industry, Steve was starting to get an idea of where he may or may not want to go with his business. He got out of the day-to-day cleaning for a few years, but focused on floor refinishing and polishing, while working in his family’s business. Additionally, working with companies like Domino’s Pizza, he became proficient at maintaining their floors and keeping the storefronts in tiptop shape. Setting up maintenance schedules allowed the storeowners to think about their own daily tasks. Steve was viewed as an asset to their business.

Several years later, Steve’s brother Tim, another young entrepreneur who started a cleaning business, approached Steve to see if they could work together. Tim’s knowledge of handling larger accounts and managing teams of workers, along with Steve’s overall knowledge of the industry made them a perfect fit. Steve’s ability to train others in floor care and carpet cleaning was just the beginning. Utilizing Steve in sales as well as crossing over into operations, was the perfect mix that helped both of them focus on their strengths. The key to a successful business plan is to surround yourself with the right people.

Most recently, Steve moved to Denver Colorado to operate an Image One® franchise. Steve still does many operational type tasks with regards to training, customer service, and client retention. If you’re out in the middle of the night, you might event catch Steve on a jobsite making sure that the job is being completed “just right”.

Steve has been married to his wife Laura for over 30 years. In his time away from the business, he enjoys adventure motorcycling, hiking and camping. He was an avid runner for many years and ran several marathons and ultra marathons (Distances from 31-100 miles. Now that he is in Colorado, he enjoys the mountains as often as he can. Focus and perseverance are among his many strengths in and out of the office. 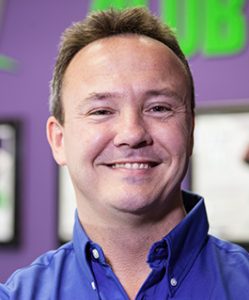 Tim has always been a self-starter. From an early age, it was evident that he would set his own course in life. In 1985, at age 14 Tim started his first cleaning company to earn some “extra” money as a teenager. By the end of high school, he had built a small company that had 3 employees and several clients including AT&T.

The “part time job” for extra cash was developing into a real business. Tim continued to operate his business during his college years, growing the business at a modest pace. When senior year came and Tim was asked why he hadn’t attended any of the job fairs hosted by the college, Tim’s advisor was surprised to learn that he wasn’t looking for a job! He decided to continue working on his cleaning company that had now grown into a substantial business. (Substantial to a college kid anyway!)

Graduating college in June of 1992, with an established business, Tim decided to marry his teenage sweetheart! Maria and Tim were married that September.

Tim’s next “break” came from a dialysis center that moved into a multi-tenant office building that was owned by Tim’s parents. After cleaning the dialysis center for a little over a year, Tim was offered the opportunity to present a proposal for several of the company’s other locations. Over the next few years, Tim managed to “pick up” 8 dialysis locations from South Holland Illinois to Gurnee Illinois.

In 2001, a competitor looking for a partner to help expand a franchise company in the Chicago market approached Tim. Tim knew little about franchising except that he didn’t need a franchise to excel. He realized however that this opportunity afforded him the chance to help other people achieve what he had achieved at an early age. Giving others the chance to own a business was quite appealing to the young entrepreneur.

Tim and his new partner Mike worked together for 10 years under a franchise model that was pretty standard in the janitorial industry. After the agreement with that national franchise company expired, Tim and Mike decided that they wanted to offer something more to their franchise owners.

When Tim is not busy training new franchisees, or working with current franchisees to achieve their goals and dreams, Tim likes to spend time with his family. In the summertime, Tim and Maria and their two sons enjoy time boating and waterskiing on the lake near their home. In the wintertime, they enjoy snow skiing and snowmobiling. Tim is a strong believer that family comes first; not just for him, but for everybody at Image One. Part of the training program covers the concept of getting the business running and then backing away to enjoy the benefits of being a business owner! As his kids were growing up, Tim rarely missed his boys’ hockey or football games, and had the opportunity to be a part of everything that they did growing up! Both boys are now active in the Image One business. Each of them is running a franchise of their own. Tim’s passion has always been politics, and may someday run for office. Continuing to clean up the messes that other people have created! 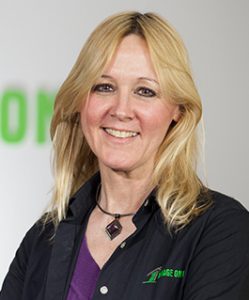 Joyce is no stranger to sales or customer service. At the early age of 15, Joyce began showing her customer service skills at a local donut shop. Positive comments and high tips proved that Joyce had the skills necessary to accomplish great things.

After several retail jobs, Joyce took the initiative to lease part of her family’s business. Expanding the business was an easy task for Joyce; she more than doubled the revenues over the next several years.

In her mid-20s, married and with small children, Joyce’s time was limited. It was then that she found an opportunity in direct sales. Joining a home party company was a natural fit. Raising a family didn’t mean limiting her ability to be successful in sales. Joyce was recognized as the number 3 seller in the nation during her very first year! Joyce spent the next 15 years in direct sales with several companies and repeatedly made the top sellers list.

With her kids in school fulltime, Joyce had more time available. She decided to return to retail. Joyce’s abilities were recognized immediately as she was quickly promoted to upper management. After 8 years in retail management, Joyce decided that she missed sales and customer service.

Currently, Joyce is a Regional Sales Director for Image One®. She is very involved in networking and is active in several local Chambers of Commerce. Joyce is always on the lookout for ways that she can help new businesses grow and flourish! If she has an idea that can help your business grow, rest assured, she will share it!

Working with Image One has allowed Joyce the flexibility to spend time with her three adult children and two grandchildren.

We can clean it

Image One® is your trusted commercial building, DISINFECTING, and maintenance service, provider.